Home » What Are Stud Fees for Dogs?

What Are Stud Fees for Dogs? 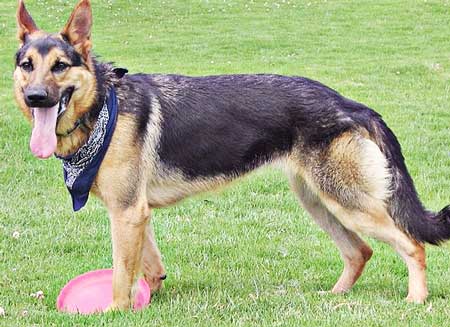 A female dog’s estrous cycle, or “heat,” usually occurs twice a year and lasts between two and four weeks. Though the timing can vary depending on the individual dog, most will go into heat in the spring and fall. During this time, the dog’s body is preparing for pregnancy, and she will be attracted to male dogs. So what are stud fees for dogs? And how much does it cost to hire a stud dog for your female?

If you are not planning to breed your dog, it is important to take precautions to prevent her from becoming pregnant. This can be done by keeping her away from male dogs, confining her to a safe area, or having her spayed. While some owners choose to mate their dogs themselves, it is generally advisable to leave this process to a professional breeder.

Should you breed your dog?

When deciding whether or not to breed a dog, one of the first questions that comes to mind is how much stud fees will be. While there is no easy answer, there are a few factors to consider that can help determine an appropriate fee. The first is the popularity of the breed. If the breed is in high demand, stud fees will be higher. dogs with rare colors or markings may also command a higher price.

Another consideration is the Dog’s lineage. A dog with champion parents or grandparents will likely fetch a higher price than one without such a pedigree. Finally, the size of the litter can also be a factor in setting stud fees. Generally speaking, smaller litters will result in higher fees. Ultimately, there is no set formula for determining stud fees. It is up to the breeder to consider all of these factors and set a price that they feel is fair.

Stud fee or pick of the litter

When it comes to using your dog for stud, there are two main options: stud fee or pick of the litter. While both have their benefits, it is important to weigh the pros and cons of each before making a decision. A stud fee entails paying a set price for the dog, regardless of its gender or appearance. This can be a more expensive option, but it guarantees that you will get the dog you want. Pick of the litter, on the other hand, allows you to choose from the available puppies at no additional cost.

This can be a less expensive option, but it is important to note that you may not end up with your first choice. Ultimately, the decision of which option to choose depends on your budget and your preferences.

At what age can you stud a dog?

The age at which a dog can be studded will depend on the individual dog. Generally speaking, however, most male dogs will be able to mate from around six to nine months of age. Some breeders may choose to wait until a dog is a bit older before studding him, as this can help to ensure that he is fully mature and capable of producing healthy offspring. Of course, it is important to speak with a veterinarian before making any decisions about studding a dog, as they will be able to provide advice based on the individual animal’s health and development.

When do you pay for a stud dog?

When you decide to breed your female dog, one of the first decisions you’ll need to make is whether to use a stud dog. A stud dog is a male dog that is used for breeding purposes. If you decide to use a stud dog, you will need to pay a stud fee. The amount of the stud fee varies depending on the breeder, but it is typically a few hundred dollars. The stud fee covers the cost of housing and caring for the stud dog, as well as the cost of any tests that are required prior to breeding. In some cases, the stud fee may also include a portion of the costs associated with delivering the puppies. Before you pay the stud fee, be sure to ask the breeder about all of the costs that are included.

Welcome to my blog! I love to blog about anything to do with keeping pooches fit and well-exercised. Nothing makes me happier than seeing a dog walking happily beside (or most likely up ahead of!) their owner when out and about in the great outdoors. Check out my tips and tricks on how to get your best friend to live a happy and fulfilling life.

We use cookies on our website to give you the most relevant experience by remembering your preferences and repeat visits. By clicking “Accept”, you consent to the use of ALL the cookies.
Cookie settingsACCEPT
Manage consent

This website uses cookies to improve your experience while you navigate through the website. Out of these, the cookies that are categorized as necessary are stored on your browser as they are essential for the working of basic functionalities of the website. We also use third-party cookies that help us analyze and understand how you use this website. These cookies will be stored in your browser only with your consent. You also have the option to opt-out of these cookies. But opting out of some of these cookies may affect your browsing experience.
Necessary Always Enabled

Performance cookies are used to understand and analyze the key performance indexes of the website which helps in delivering a better user experience for the visitors.

Analytical cookies are used to understand how visitors interact with the website. These cookies help provide information on metrics the number of visitors, bounce rate, traffic source, etc.

Advertisement cookies are used to provide visitors with relevant ads and marketing campaigns. These cookies track visitors across websites and collect information to provide customized ads.

Other uncategorized cookies are those that are being analyzed and have not been classified into a category as yet.