The paws of a dog are a key area for them to look after because this is vital for their fitness and ability to go out for a walk. Your puppy’s paws are their personal mode of transport and they are sort of like shoes. They need to be kept in good condition, as your puppy only gets one pair!

Licking can be an important part of a dogs greeting ritual as it allows them to recognize each other and can also be used for many other reasons. Dogs lick other dogs faces as a way to communicate that they are friendly. A dogs saliva is a way of marking their territory and also helps to identify the other dogs. When a dog licks a human face it can be seen as a sign of affection or submission and this is why most dogs learn to lick their owners faces.

Licking allows dogs to clean themselves and their fur. When a dog licks their fur they are removing dirt, parasites and dead hair. This helps to prevent infections and keep infections from spreading.

Why is My Puppy Chewing His Paws after a Walk?

Puppies chew and lick their paws for many reasons. These include; cooling, cleaning, protecting and as a way to help them detect scents. Dogs paws have a lot of nerve endings and by licking their paws dogs are able to detect smells. This also helps to cool their paws after a walk in hot weather.

Puppies can also lick their paws due to injuries. This can be due to a variety of reasons and can include burns, cuts or infections. Licking or biting their paws is an instinctual behavior for a dog and is a way for them to clean themselves. Dogs also lick their paws to keep their paws clean, and dogs generally lick their paws more when they have been in contact with something they want to remove such as dirt or grass.

In some breeds of dog, licking their paws is a way for them to cool down, as dogs do not sweat like people do. Dogs cool down by releasing heat from their skin through their mouths. It is also thought that this behavior is a remnant of when dogs and their ancestors used to lick their paws in the wild in order to get rid of parasites.

Also make sure you have not taken your dog anywhere you shouldn’t have. For instance, walking your dog when the weather or conditions are too cold for them may be an issue.

Dogs can also lick their paws as a way to help themselves relax. This can happen if a puppy is feeling anxious or stressed. This can be due to a variety of reasons and can include separation anxiety, being left alone or it can even be as a result of bad habits.

Your puppy needs to chew

Dogs can also lick their feet as a way to chew. This can be due to boredom or it can be a bad habit. If a dog is licking their paws for a long period of time it can lead to other issues. If the dog is licking the pads of their paws it can lead to infections. It can also lead to broken skin and even cracked paws. It can also lead to infections in the dogs mouth. Make sure you provide your puppy with age-appropriate toys designed for releasing the instinct to chew.

Licking the paws can also spread bacteria and can lead to infections. This can be due to bacteria from the dogs saliva. It is always recommended to keep a check on your dogs paws to ensure that they are healthy and free from any any warning sign of infection.

How to Stop My Puppy From Chewing His Paws

You can stop a dog from chewing his paws by training the behavior out of him. It is possible to train your dog to stop licking their paws by paying attention to when they lick and then rewarding them when they do not. This can be done by giving them a treat or a toy when they stop licking or biting. This can be done by watching for signs of licking and rewarding them when they stop. This is a great way to train your dog to stop them licking their paws.

Another method is to identify the trigger which starts the behavior in the first place. The first step is to identify the problem and see what triggers the action. If you know that the dog is only chewing his paws when he is left alone, then you should think about how you could prevent him from doing this.

One of the most effective ways of stopping a dog from chewing his paws is to keep him occupied with a good chew toy. If he is chewing because he is bored, you should consider getting him a chew toy or perhaps a new dog toy. If you cannot find a toy he likes, then you can try feeding him as soon as he starts biting.

Another way to stop a dog from chewing his paws is to avoid giving him the opportunity to do so. If you see him starting to chew, then you should distract him by giving him a toy. If the dog is 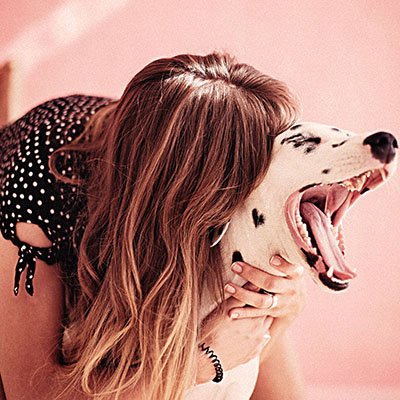 Emma Charles, DVM, was born and raised in Brownwood, TX. She leads the editorial team at FunDogFitness.com where she shares some of the vast amount of personal and professional expertise she has gained over the years on the subject of dog care. A proud graduate with a doctorate from the College of Veterinary Medicine at Texas A&M University, she now shares her advice online for anyone who owns, or is considering, a dog.

Welcome to my blog! I love to blog about anything to do with keeping pooches fit and well-exercised. Nothing makes me happier than seeing a dog walking happily beside (or most likely up ahead of!) their owner when out and about in the great outdoors. Check out my tips and tricks on how to get your best friend to live a happy and fulfilling life.

We use cookies on our website to give you the most relevant experience by remembering your preferences and repeat visits. By clicking “Accept”, you consent to the use of ALL the cookies.
Cookie settingsACCEPT
Manage consent

This website uses cookies to improve your experience while you navigate through the website. Out of these, the cookies that are categorized as necessary are stored on your browser as they are essential for the working of basic functionalities of the website. We also use third-party cookies that help us analyze and understand how you use this website. These cookies will be stored in your browser only with your consent. You also have the option to opt-out of these cookies. But opting out of some of these cookies may affect your browsing experience.
Necessary Always Enabled

Performance cookies are used to understand and analyze the key performance indexes of the website which helps in delivering a better user experience for the visitors.

Analytical cookies are used to understand how visitors interact with the website. These cookies help provide information on metrics the number of visitors, bounce rate, traffic source, etc.

Advertisement cookies are used to provide visitors with relevant ads and marketing campaigns. These cookies track visitors across websites and collect information to provide customized ads.

Other uncategorized cookies are those that are being analyzed and have not been classified into a category as yet.